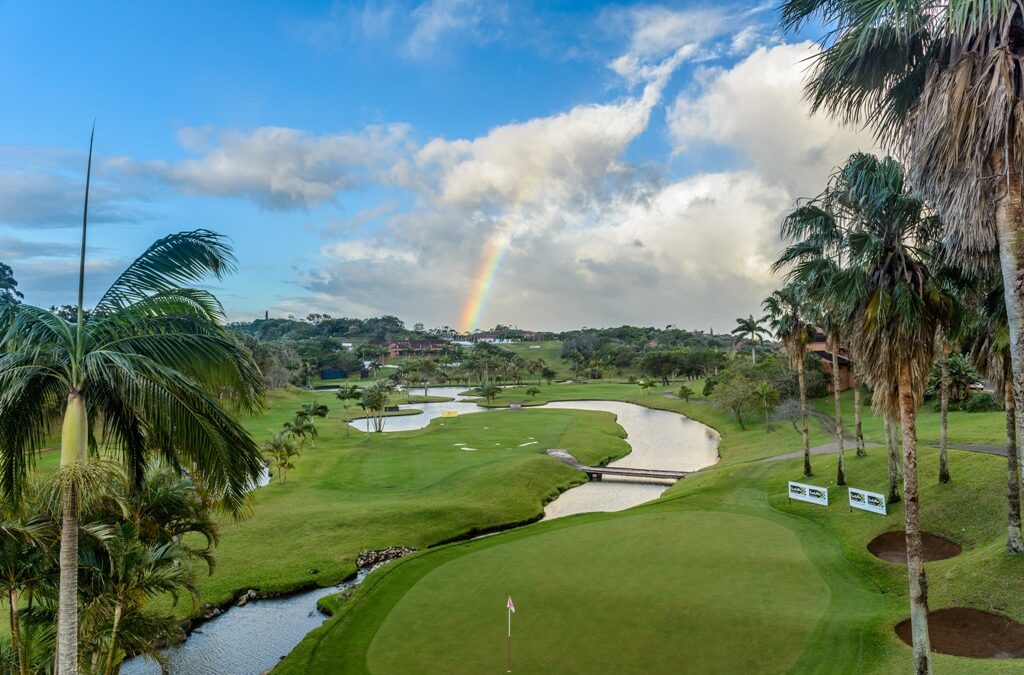 The 2015 South African Women’s Open is heading to the KwaZulu-Natal’s South Coast for a fourth successive year thanks to the unwavering support of the Hibiscus Coast Municipality. The 54-hole tournament, sanctioned by the WPGA of South Africa, will carry a purse of R250,000 and will be played at San Lameer Country Club from 29 November to 1 December. It will also be the first counting event on the 2016 Sunshine Ladies Tour and Chase to the Investec Cup for Ladies.

“Hibiscus Coast Municipality has been a key contributor in the resurgence of South African women’s professional golf since the SA Women’s Open returned to the national schedule in 2012,” said tournament promoter Lesley Copeman, of World Sports Promotions.

“Over the last three years, the Hibiscus Coast has become the home of the SA Women’s Open and thanks to the enduring commitment from the Hibiscus Coast Municipality, we are proud to return to San Lameer for a second consecutive year.”

The 2014 SA Women’s Open, which was co-sanctioned with the Ladies European Tour, was highly successful and achieved a media value of $5.6-million. “Unfortunately the main sponsor took a decision to impose a sponsorship budget freeze in 2015 and the SA Women’s Open was a casualty of this process,” Copeman said. The current economic climate is very unfavourable, however, and rather than losing the event altogether, Hibiscus Coast Municipality agreed to host this year’s SA Women’s Open as a national event.”

Councillor Mqwebu said the Hibiscus Coast Municipality believes it is important for the SA Women’s Open to continue its legacy on the South Coast and that this event has become a very significant attraction in this region from an economic, tourism and sport development point of view.  She further states that the championship not only showcases the spectacular beauty of the Hibiscus Coast, but it also plays a pivotal role in sparking the interest and shaping the future of our rising young golf talent.

Ugu South Coast Tourism’s CEO Mr Justin Mackrory affirms this statement “We have 11 golf courses on the greater South Coast, some of which, such as San Lameer, fall within the top rankings in South Africa. We are extremely privileged that organisers and Hibiscus Coast Municipality were able to secure this event in our piece of paradise. We wish all the players and visitors an excellent experience during their stay”.

WPGA of South Africa chairperson Margie Whitehouse welcomed the announcement. “The loss of the main sponsorship after last year’s very successful championship was devastating, but once again Hibiscus Coast Municipality has stepped into the fold,” Whitehouse said. “We owe a great debt of gratitude to Councillor Mqwebu and the Hibiscus Coast Municipality for their continued support of our flagship event. We look forward to partnering with them to introduce the positive values of the sport to new audiences this year and to welcome a new national champion.”

“We would also like to extend our gratitude to Meyer du Toit and Pine Pienaar from San Lameer Country Club, who so generously reserved a date for this year’s event and once again opened their doors to the SA Women’s Open.

This website uses cookies to improve your experience while you navigate through the website. Out of these, the cookies that are categorized as necessary are stored on your browser as they are essential for the working of basic functionalities of the website. We also use third-party cookies that help us analyze and understand how you use this website. These cookies will be stored in your browser only with your consent. You also have the option to opt-out of these cookies. But opting out of some of these cookies may affect your browsing experience.
Necessary Always Enabled
Necessary cookies are absolutely essential for the website to function properly. These cookies ensure basic functionalities and security features of the website, anonymously.
Functional
Functional cookies help to perform certain functionalities like sharing the content of the website on social media platforms, collect feedbacks, and other third-party features.
Performance
Performance cookies are used to understand and analyze the key performance indexes of the website which helps in delivering a better user experience for the visitors.
Analytics
Analytical cookies are used to understand how visitors interact with the website. These cookies help provide information on metrics the number of visitors, bounce rate, traffic source, etc.
Advertisement
Advertisement cookies are used to provide visitors with relevant ads and marketing campaigns. These cookies track visitors across websites and collect information to provide customized ads.
Others
Other uncategorized cookies are those that are being analyzed and have not been classified into a category as yet.
SAVE & ACCEPT